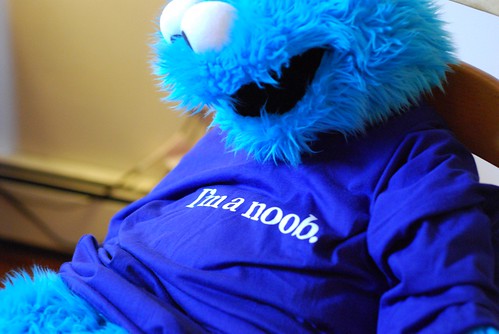 Depending on the day of the week, I don’t really know what I am. Am I a librarian, who has a strong interest in tech? Or am I a techie who happens to work in the Library field? What I have come to realize is that it doesn’t matter. Whatever it is that I am, I enjoy it, so I should focus on that.

Now, it took me about 5 years to come to that realization. But when I did, I immediately thought “I wish I could go back in time and tell myself about this!”

This got me to thinking: “What other things would I want to tell myself throughout my early career in libraries and library technology?” Shortly after asking myself this, an old friend of mine, who is a budding future librarian, asked me something along similar lines. So, here it is: the top 4 things that I would tell my younger self given the opportunity.

That’s all I’ve got for now. I’d love to hear what other bits of advice other practicing librarians have for their younger selves!