On February 23, I posted for discussion a proposal on a closer formal relationship between LITA, LLAMA, and ALCTS. That included an anonymous feedback form where you can ask questions, express feelings, et cetera. I will be collating and answering these questions every few weeks here on LITAblog (so please keep asking!).

It seems that there is the possibility of quite a bit of overlap between LITA and ALCTS so a merger of those two divisions could be justified. What seems very ad hoc is the inclusion of LLAMA in this – what is the logical connection in terms of subject matter? If LLAMA by itself is unsustainable, perhaps it should be shut down/abolished.

Great question! One of the things I’ve been surprised to discover as LITA president is that a very high percentage of our members have titles like “Director”, “Associate University Librarian”, or “Head of Library Technology”; these are people who either are LLAMA members already, or who would get a clear benefit from having access to part of LLAMA people and programs as part of the dues they’re already paying. In fact, a quarter of LITA members are also LLAMA members.

Members at these career stages and LITA leadership have had an ongoing discussion as to how LITA can work better for them. Many of them don’t want to leave LITA, because it’s their emotional home within ALA, but they also find LITA’s programming is less relevant to their professional duties as they advance in their careers. A LITA/LLAMA merger immediately addresses this problem.

There are also LITA members who are not in supervisory roles, but who see that as a goal or at least possibility for their careers, and who benefit from being able to explore leadership and management topics. And from the other side, there are LLAMA members who find themselves managing technologists or technology projects for the first time, and who want networking and professional development to support that. Every time we propose programs or publications on technology project management, we find people respond enthusiastically.

Finally, as I’ve learned more about LLAMA through this process, I’ve found that they’re a thoughtful, innovative group of people who work well with LITA members. LLAMA has already undergone a significant reorganization process to make themselves a more open, nimble organization; their new structure works well with LITA’s culture, and they’re ahead of us on some of these organizational questions. And in terms of financial sustainability, they’re in the same ballpark as LITA; stronger on some things, weaker on others, but nowhere near needing to be shut down.

Overall, adding LLAMA to the LITA/ALCTS mix makes all three of us stronger in my view, because LLAMA acts as a keystone – anchoring an organization that could provide a home for technology and technical services librarians across their entire career lifecycle. 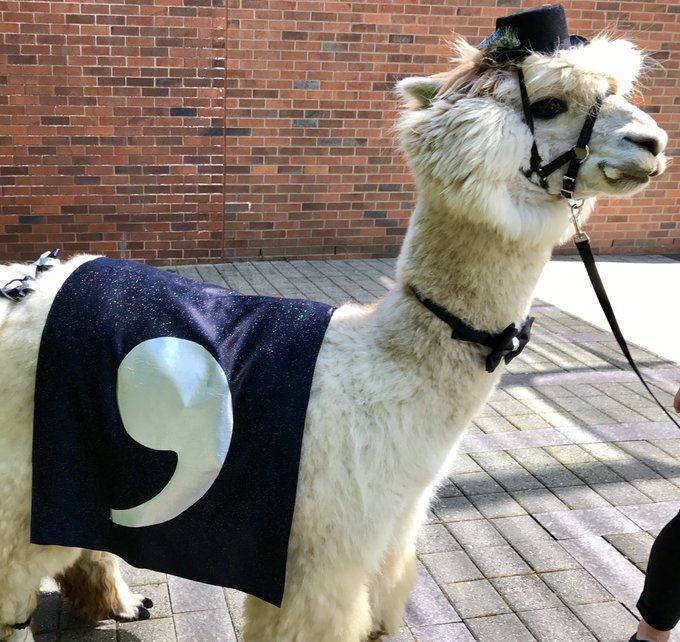 It turns out if you ask the internet for a picture of a llama engaged in some kind of technology or technical services related work, you actually get one. Thanks, @chodacki, for this comma llama. https://twitter.com/chodacki/status/974144097765044229