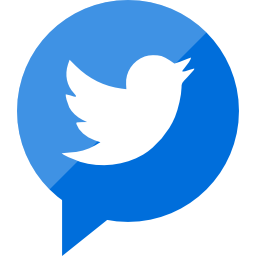 Q. Tell us a little about your role at your institution. What are you responsible for?

I’m an Associate Professor of Library Science and the Web Librarian for University of Alaska Fairbanks Rasmuson Library. I’m responsible for web development (e.g., testing/trying new web applications) and for maintaining several Drupal-based web sites for the library (e.g., library.uaf.edu and jukebox.uaf.edu). I also serve as administrator of our LibGuides, WordPress blogs, and for some of our electronic databases.  Besides web work, I teach A LOT. I teach a required 1-credit Library Information & Research class (LS101) and when I have time I develop instructional tutorials for my class, as well as for other LS instructors at the library.

Q. Describe your project, its purpose, and its goals.

The purpose of the digital repository (aka portal) for our Alaska and Polar Regions Collections & Archives (APRCA) department was to meet a need that wasn’t being filled by our other web applications. That need was to be able to post large files (audio, video, pdf, tiff) to the web, especially when patrons asked for something to be digitized, and apply appropriate metadata to the items.  Our library has a collaborative project with other Alaskan libraries called Alaska’s Digital Archives (vilda.alaska.edu) which uses ContentDM, but our curators were unable to post large files to this system, and they weren’t happy with how the system operates.

There were 5 different APRCA units involved in the project and each had a different use case.

In 2015 we began writing a grant proposal for National Endowment for the Humanities (NEH) funding. To my surprise our proposal was accepted, and we started working on the project in May 2016.

Q. What was the biggest challenge you faced, and how did you overcome it?

There were many challenges! But the biggest one was getting Islandora to work on a RedHat system. I was able to get Islandora up and running on Ubuntu by decoding the not-so-great documentation on the Islandora site. The documentation was geared for Ubuntu systems. However, University of Alaska Fairbanks (UAF) is a RedHat facility– so I tried and tried to get Islandora working on RedHat, but there were just some things I couldn’t get working in order to have a fully functional system.

After weeks of trying to get Islandora running on RedHat, I decided it was time to use grant money to get help with the installation. We hired DiscoveryGarden to install Islandora on our UAF RedHat system– and this was a wise choice.

Q. Do you have a link (website/GitHub/etc.) that demonstrates your project or shares documentation or other information about it?

The site is live at http://archives.library.uaf.edu

For the most part, I was the sole developer (until we hired DiscoveryGarden)– which is a huge responsibility.  I come from a corporate background where systems administration, development (administration level), and theming are all separate groups, and each group works on a part of the puzzle.  Even at DiscoveryGarden, they separate these tasks.

For this project I was responsible for everything– which was a difficult task, especially because I had to take 2-month breaks so I could teach 80+ students LS101.  I’m thrilled that the repository is working and that our curators are entering content. We went live in Dec. 2018.

The next big hurdle is going to be migrating to Drupal 8 and the new Islandora “CLAW” system. Drupal 7 will be at end-of-life in Nov. 2021 and there currently is no Islandora migration path to Drupal 8 and CLAW.

Lastly, I just gave a presentation about this at the AkLA (Alaska Library Association) 2019 conference, and have slides at http://bit.ly/UAF-APRCA-Portal