In January 2020, the latest cohort of Emerging Leaders met at ALA Midwinter to begin their projects. LITA sponsored two Emerging Leaders this year: Kelsey Flynn, Adult Services Specialist at White Oak Library, and Paige Walker, Digital Collections & Preservation Librarian at Boston College. Kelsey and Paige are part of Emerging Leaders Group G, “Inventing a Sustainable Division,” in which they’ve been charged with identifying measures that LITA can take to improve its fiscal and environmental sustainability. As a first step in their assessment, the group distributed a survey to LITA members that will quantify interest in sustainable measures such as virtual conferences and webinars. Want to help? Complete the survey to give feedback that may shape the direction of our chapter. Group G is fortunate to have several other talented library workers on its team:  Kristen Cooper, Plant Sciences Librarian at University of Minnesota Tonya Ferrell, OER Coordinator at…

END_OF_DOCUMENT_TOKEN_TO_BE_REPLACED

Note: This post was written by Catie Sahadath, LITA’s 2017 Emerging Leader. In August 2016 I filled in some forms, held my breath, and pressed send on an application to the ALA’s Emerging Leaders program. Admittedly, I was only sort of sure that I knew what I was getting myself into, but I have been emerging since the day I was born, so what could go wrong? The Emerging Leaders program, in a nutshell, is an incubator where new and new-ish professionals can hone and develop skills that will allow them to serve effectively in leadership roles within the ALA. The program accomplishes this by getting the different ALA units to come up with ideas for projects that can be completed within the 6-month timeframe provided to participants. The units provide guidance and support in the form of humans to help us along, and in some cases units also opt…

END_OF_DOCUMENT_TOKEN_TO_BE_REPLACED

Help us improve LITA’s virtual teams! LITA’s Emerging Leaders team is embarking on a project to give you the tools you need to make the most of your committees and interest groups. The teams target for their public report is ALA Annual 2017. But before we can do that we need your help! We are working to review the online tools and best practices currently in use, and make recommendations which will serve to improve collaboration between Committee/Interest Group chairs and members. Please take a few minutes to complete our survey. https://www.surveymonkey.com/r/LITAVirtualEngagement If you have any questions, be sure to indicate them in the survey, or contact LITA at lita@ala.org Thanks in advance! Emerging Leaders Project Team D Jessica Bennett, Missouri State University Bri Furcron, State of Arizona Library Catie Sahadath, University of Ottawa Jennifer Shimada, Relay Graduate School of Education Kyle Willis, OCLC

END_OF_DOCUMENT_TOKEN_TO_BE_REPLACED 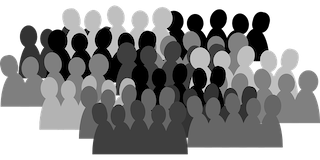 LITA’s Emerging Leaders team is embarking on a project to give you the tools you need to make the most of your committees and interest groups. But before we can do that we need your help! We are working to review the online tools and best practices currently in use, and make recommendations which will serve to improve collaboration between Committee/Interest Group chairs and members. Please take a few minutes to complete our survey. https://www.surveymonkey.com/r/LITAVirtualEngagement If you have any questions, be sure to indicate them in the survey, or contact LITA at lita@ala.org Thanks in advance! Emerging Leaders Project Team D Jessica Bennett, Missouri State University Bri Furcron, State of Arizona Library Catie Sahadath, University of Ottawa Jennifer Shimada, Relay Graduate School of Education Kyle Willis, OCLC

END_OF_DOCUMENT_TOKEN_TO_BE_REPLACED

As we reflect on 2014-2015, it’s fair to say that LITA, despite some financial challenges, has had numerous successes and remains a thriving organization. Three areas – membership, education, and publications – bring in the most revenue for LITA. Of those, membership is the largest money generator. However, membership has been on a decline, a trend that’s been seen across the American Library Association (ALA) for the past decade. In response, the Board, committees, interest groups, and many and individuals have been focused on improving the member experience to retain current members and attract potential ones. With all the changes to the organization and leadership, LITA is on the road to becoming profitable again and will remain one of ALA’s most impactful divisions. Read more in the LITA Annual Report.

END_OF_DOCUMENT_TOKEN_TO_BE_REPLACED

Editor’s note: This is a guest post by Tammi Owens Last July, Winona State University’s Darrell W. Krueger Library rolled out a completely new website. This January we added to that new user experience by upgrading to LibGuides and LibAnswers v2. Now, we’re looking for continuous improvement through continuous user experience (UX) testing. Although I have some knowledge of the history and general tenets of user experience and website design, I signed up for this LITA pre-conference to dive into some case studies and ask specific questions of UX specialists. I hoped to come away with a concrete plan or framework for UX testing at our library. Specifically, I wanted to know how to implement the results of UX testing on our website. The instructors Kate Lawrence is the Vice President of User Research at EBSCO. Deirdre Costello is the Senior User Experience Researcher at EBSCO. I was a little…

END_OF_DOCUMENT_TOKEN_TO_BE_REPLACED

Editor’s note: This is a guest post by Anthony Wright de Hernandez The Friday before Midwinter officially started, I attended the LITA preconference session Introduction to Practical Programming. As a first-time conference attendee with SQL, XML, PHP, HTML, and Visual Basic experience, I wasn’t sure exactly what to expect from a session that encouraged attendance by participants with no programming background. I chose to attend because I want to learn Python and thought this session would provide a good introduction to the language. The Instructor Elizabeth Wickes, a graduate student at the University of Illinois at Urbana-Champaign, clearly knows programming in general and Python in particular. Her instructional style for this session was conversational and informative. Her passion and knowledge kept the daylong session engaging. The mix of basic programming information with Python-specific information ensured that no part of the day was wasted for anyone. The Session The session began…

END_OF_DOCUMENT_TOKEN_TO_BE_REPLACED

The Patron Privacy Technologies Interest Group was formed in the fall of 2014 to help library technologists improve how well our tools protect patron privacy.  As the first in a series of posts on technical matters concerning patron privacy, please enjoy this guest post by Alison Macrina. When using the web for activities like banking or shopping, you’ve likely seen a small lock symbol appear at the beginning of the URL and noticed the “HTTP” in the site’s address switch to “HTTPS”. You might even know that the “s” in HTTPS stands for “secure”, and that all of this means that the website you’ve accessed is using the TLS/SSL protocol. But what you might not know is that TLS/SSL is one of the most important yet most underutilized internet protocols, and that all websites, not just those transmitting “sensitive” information, should be using HTTPS by default. To understand why TLS/SSL…

END_OF_DOCUMENT_TOKEN_TO_BE_REPLACED

Hi! We’re the Board, and we’d like to meet you. Whether you’ll be in Vegas next week or not, there are lots of ways you can get in touch with us, get involved with what LITA’s doing, and tell us how you’d like us to represent you. Here’s your handy list of where we’re likely to be during Annual. Come chat with us! Social media and Online Hashtag: #alaac14, plus some special event ones listed below. Follow us on twitter: @ALA_LITA. You can also follow lists of the individual Board members: LITA Board 2013-2014, LITA Board 2014-2015. Like us on Facebook. LITA Board, Top Tech Trends, and maybe more will be livestreamed right here on LITAblog; watch this space for details. Programs and Social Events LITA Open House New to LITA? Want to learn more? Start here! Friday, June 27, 2014 – 3:00pm to 4:00pm Las Vegas Convention Center S224…

END_OF_DOCUMENT_TOKEN_TO_BE_REPLACED

Bibliometrics for Librarians
Presented by Phillip Doehle and Clarke Lakovakis on July 9, 2020 – July 30, 2020

Visit our website for the latest updates on the Core Virtual Forum in Fall 2020.