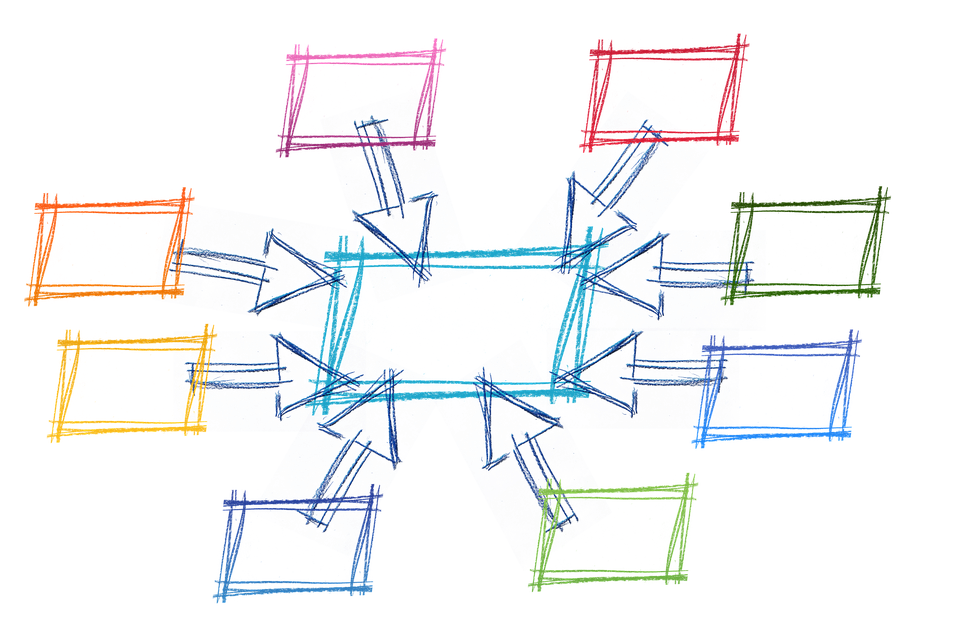 Authors’ notes: This post is co-authored by Kelly Sattler, Head of Web Services, Michigan State University. It is part two of a two-part series on IT centralization and academic libraries.This post talks about how to respond to centralization and what to expect in the longer term.  Part one discusses what to expect when a centralization initiative begins.   Image source: creative commons licensed (BY-ND 2.0) Flickr photo by Andrea NIgels: https://flic.kr/p/6KsA7U.

How to respond to centralization

As we said in part 1 of this two-part series on IT centralization, change is hard. Change that makes people fear for their jobs and threatens their professional identities is really hard. We have some advice based on our experiences that may help you cope if IT centralization comes to your campus.

The best thing you can do to prepare for centralization is something that is good to do for other reasons as well: make sure job titles, classifications, and position descriptions are up-to-date so they accurately reflect an employee’s current role and duties. Be sure position descriptions reflect library-specific responsibilities clearly and completely. For example, a staff member could have a generic IT title or classification (e.g. Systems Support Analyst) but actually manage a service that is unique to the library and that central IT may be unprepared to support.

Often employees are initially targeted for centralization based on job titles, classifications, and/or position descriptions. You don’t want to lose someone based on outdated or incomplete information.

Another important step is to build and maintain a positive relationship with campus IT administration and staff. Treat IT as another liaison area. It will prove quite valuable to already have formed good relationships prior to any massive change, like a full centralization.We say more about this in the next section.

Centralization initiatives are often rolled out quickly, sometimes in response to a budget crisis, as happened, and details may not seem clear or well-thought-out. Take a deep breath before reacting. Ask questions in a calm, professional way. Understand that not all details may be clear at the beginning. Also, many of the people recruited to share the message may not have been given the whole story or have been restricted in what they can share.

If you supervise affected employees, communicate clearly, frequently, and honestly. Share what you know, be honest about what you don’t know, and assure employees that you will share information as you get it. Your staff need to be able to trust you. In some cases, your staff may actually have more information than you do. Be sure to provide a way for communication to flow in both directions. Avoid editorializing excessively. Your tone and approach will help shape your employees’ responses, and you don’t want to make the process harder for them. Vent your frustrations elsewhere (Janet’s husband got an earful during NAU’s centralization initiative). Share staff questions and concerns with appropriate people. Be an advocate for your staff but in a reasonable, professional way.

Ask for information. Librarians may not be recognized as doing IT work or supervising people who do, so, central IT may not communicate with you (initially). Kelly’s first official communication from central IT was 7 days after they had contacted the 3 people who she supervised that were to be centralized. Communication also may be poor or limited, especially initially. Ask to be included in email distribution lists related to centralization. Work with your supervisor to get included in meetings.

This one is hard to do: Ignore the rumor mill as much as you can. As soon as someone gets wind of centralization, rumors will start flying, and the Chicken Littles of your organization will assure you that the sky is indeed falling. Unfortunately, in organizations that don’t communicate about the process effectively, rumors may be the only communication you get for awhile. Still, use judgment about what you believe and, especially, what you share. Make sure your communication is based on factual information from reliable sources.

Be kind–to yourself and your staff

The process will almost certainly be stressful for affected staff as well as other staff in the library. People may be afraid of losing their jobs (and sometimes that happens) or losing pay or status. People’s identities may feel threatened. Who am I if I’m not insert title here. People may be afraid that they’ll have to work 60 hours a week to cover responsibilities of people lost because of centralization. People at all levels may be afraid that the library won’t be able to deliver the same quality of service to its users as it did before centralization. If you supervise affected staff, be kind and understanding. Recognize that their attitudes and productivity may suffer in the short term. Recognize that they may be anxious and afraid. Do the same for yourself. Take care of yourself. No job is worth damaging your health. Also, remember to “put the oxygen mask over your own mouth first” so you can help others. These kinds of changes are hard, and it’s OK to not be OK.

Maintain a strong relationship with central IT

No matter how you feel about centralization, you’re about to become a whole lot more dependent on central IT to operate the library and meet the needs of your users. So it’s in the best interests of the library to collaborate effectively with central IT, no matter how frustrated you are. Avoid an “us vs them” mentality. Kelly reminded her team that after the centralization, some of “us” would be “them” as well as pointing to many of the good people who already were a part of central IT. If you supervise, talk with your staff about the importance of building and maintaining strong relationships with central IT, which, hopefully, you have already done prior to the announcement of a centralization. Also, remember that many of the people who are implementing the process are just doing their jobs as instructed. In the case of NAU, campus IT did not initiate centralization. The initiative was mandated by the university president and was as challenging for central IT as it was for units having their IT staff centralized. Our central IT staff were stressed out and working long hours to make centralization work. They deserved our support, not our anger.

When a centralization initiative is first proposed, it can feel catastrophic. But sometimes these initiatives are undertaken for good reasons, and after you get through the pain, processes and services may be better than they were before centralization. Be willing to see potential positive outcomes.

After centralization–where do we go from here?

So you survived centralization–or at least the initial round. Now what?

“More change” is almost certainly the last thing you want to hear at the end of an IT centralization initiative, but it’s also almost certainly what will happen. Central IT will need to adjust to its new responsibilities and staff, some staff will leave, and new funding models will be implemented and adjusted. Expect an IT reorganization–or several. (MSU is up to 5 reorganizations since their centralization effort has started less than a year ago, and NAU has also been through a few.) Expect processes to start out bumpy and–hopefully–get smoother.

Also, different people will have different definitions as to when the centralization is “complete.” Some will see a new org chart and think, “Yay! It’s done.” While others will see the new org chart but acknowledge that nothing else has changed. They may not see the centralization done until all the equipment and responsibilities are full centralized as well. This is where MSU Libraries is. The library staff who were identified to be centralized now report to another person within central IT, but not much else has changed–yet. They are still receiving direction from librarians and still sit in the same space. Depending on their new supervisor, they may or may not have new, extra meetings.

If you are still in the library, you are likely more dependent on central IT than you were before. If you got centralized, you may still have responsibilities related to the library. Here are some tips for working together:

Communication should happen at all levels of both organizations. At NAU, the library dean communicates regularly with the CIO, ensuring that the units are working together and addressing issues that arise. IT and library staff at other levels meet regularly around operational issues to ensure that service goals are met, and library users are having good experiences.

One essential communication tool is the service-level agreement. This document lays out expectations for a particular service or suite of services, addressing everything from payment to support hours to who should be called for which issues. A good SLA helps all stakeholders understand what to expect and can reduce misunderstandings. MSU is in the process of creating these with central IT. Initially, we’re operating under a “Memorandum of Understanding,” which will be in place until the SLAs are written. We’re creating separate SLAs for each major area of IT, such as networking, server support, desktop support, etc.

Be open to new ways to work together

Leverage the closer relationship between the library and central IT to find new ways to work together. Two years after the first round of centralization at NAU, we in the library began working with central IT to create a shared technology service point in the library. The IT department’s service point was in a basement at the other end of campus, and they were looking for a more central, accessible place to deliver services to students (at NAU, student IT fees pay for a technology repair service, so students can get their personally-owned laptops, XBoxes, etc., repaired by central IT). Meanwhile, the library operated its own technology service desk for remaining library IT functions like our makerspace, but we often had students ask us for services that only central IT could provide. After several months of planning, we opened a new service desk in the library, jointly staffed by library and central IT staff. Shortly thereafter, the library lost two IT staff to attrition, and central IT offered to manage the desk entirely and support most of our public computing environment. They had funding to replace aging thin clients and were able to resolve some long-standing issues with our Mac lab. Recently they have upgraded technology in study rooms and added some high-end workstations for data visualization and engineering applications, and funded a significant upgrade to our lecture hall. They are also installing a new virtual reality lab in the library, slated to open this semester. We have had to give up some control, but our users are benefitting from upgraded technology, and our remaining library technology staff (half the FTE we had prior to centralization) are able to direct their efforts to more library-centric activities.

We hope this two-part series of posts has helped you understand the impact of IT centralization on academic libraries and, if you’re faced with centralization, will help you cope with it and possibly benefit from it.